Established in 1968
COYNE & COYNE is the longest established law firm in Hampden Township.

Veteran Owned & Operated
Each member of our team has proudly served in the U.S. Armed Forces or is a spouse of a military member.

Seasoned Professionals
Specializing in a wide array of legal services, our team has handled cases throughout central Pennsylvania and argued cases at all level of appeals through the Pennsylvania Supreme Court.

Henry F. Coyne was a proud native of the Anthracite Coal Region of Pennsylvania; originating from Locust Gap, a small "patch" on the outskirts of Mount Carmel, Pennsylvania. Since 1968, Mr. Coyne was engaged in the General Practice of Law in Cumberland County and was dedicated to the legal profession and to the community in which he served.

Since 1968, Mr. Coyne has been engaged in the General Practice of Law in Cumberland County with an emphasis in estate planning, land use and zoning, municipal law, and civil litigation. An accomplished advocate, Mr. Coyne argued cases before trial courts throughout central Pennsylvania and before all appellate courts of the Commonwealth of Pennsylvania, to include the Supreme Court of Pennsylvania.

Mr. Coyne and his late wife, Eileen B. Bach of Mt. Carmel, Pennsylvania are survived by four children and nine grandchildren. 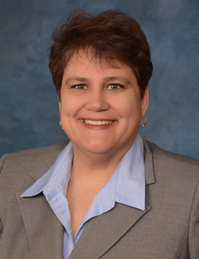 A resident of Cumberland County for a majority of her life, Lisa Marie Coyne is a graduate of Cumberland Valley High School. Upon graduating from law school, Ms. Coyne was selected to serve as a senior attorney law clerk to the President Judge of the Court of Common Pleas of Cumberland County, the Honorable Harold E. Sheely. In 1993, Ms. Coyne joined her father, Henry F. Coyne, in the General Practice of law with an emphasis on Civil Litigation, Municipal Law, Zoning and Real Estate Development, Elder Law, Estate Planning and Administration, and Family Law. 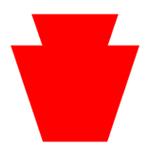 Upon conclusion of her judicial clerkship, Ms. Coyne entered active military duty with the United States Army Judge Advocate General's Corps serving with the 1st Armored Division and then 3rd Infantry Division as Chief Trial Counsel in Bamberg, Germany during Operation Desert Storm. She is a recipient of the Army's Meritorious Service Medal for her service during Desert Storm. Following the completion of her active duty military service, Ms. Coyne continued her military service as a Judge Advocate serving with the 28th Infantry Division of the Pennsylvania Army National Guard. 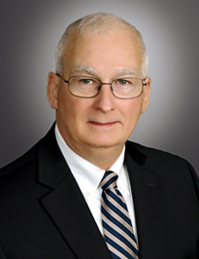 Robert P. Coyne is a native of Locust Gap/Mount Carmel, Pennsylvania. He has lived in Mechanicsburg, Pennsylvania since 1978 and has an extensive background in tax litigation.

In 1978 Robert was released from active duty and joined the PA Department of Justice as a Deputy Attorney General in the Tax Litigation Unit. In 1986 Robert earned a Masters in Government Administration from the University of PA. From 1990 to 1995 Robert served as Deputy Secretary of Revenue for Taxation and served on the Pennsylvania Board of Finance and Revenue.

In 1995 he became a Director of State and Local Taxes with Coopers & Lybrand and later PricewaterhouseCoopers. He returned to the Department of Revenue as Deputy Secretary for Compliance and Collections in 2003 and later was appointed the Executive Deputy Secretary of Revenue and served in that position until his retirement in April 2018.

Robert enlisted in the PA National Guard and served in the Army Reserves rising to the rank of Staff Sergeant. Upon receiving his Juris Doctorate in 1973 from the University of Louisville, Louisville, KY Robert received a direct commission as a Captain into the US Army Judge Advocate General Corps and served at the US Army Legal Services Agency, Headquarters Department of the Army, as a commissioner to the Army Court of Military Review. Meanwhile in 1977 Robert earned a Masters of Law in Taxation from George Washington University, Washington, DC. He transferred into the 28th Infantry Division of the PA Army National Guard where he served in various JAG positions. Later he was promoted to Colonel as the PA State Staff Judge Advocate. Robert was awarded various military awards during his service including the prestigious Legion of Merit and retired from PA Army National Guard in 2004 with over 34 years of service.

Robert is married to the former Marie Ficca of Mount Carmel, Pennsylvania and they are the proud parents of five children and eleven grandchildren. 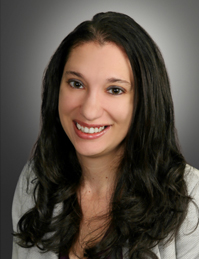 Karen L. DeMarco, a native of Montgomery County, grew up in Norristown, Pennsylvania, but now calls Central Pennsylvania her home. Karen arrived in Harrisburg in 2008 to attend Widener University School of Law and graduated, Cum Laude, in 2011 with her Juris Doctorate. In law school, Ms. DeMarco interned with both the Cumberland County and Dauphin County District Attorneys’ Offices gaining significant courtroom experience. Upon graduating from law school, Ms. DeMarco initially provided pro bono legal services for indigent clients through the Dauphin County Bar Association. Thereafter she began working at a general practice law firm with a focus on criminal defense, family law, civil litigation and veteran’s law. She has been in private practice since 2012.

Attorney DeMarco is admitted to practice before all Courts of the Commonwealth of Pennsylvania, as well as before the Federal Courts in the Middle District of Pennsylvania. Ms. DeMarco has extensive courtroom experience, including jury trials, bench trials, and presenting arguments before our various appellate courts and state agencies. Attorney DeMarco is certified through VA to represent Veteran Disability Claims and appears regularly before the Board of Veterans Appeals representing disabled veterans.

When not practicing law or volunteering her time, Attorney DeMarco she enjoys spending time with her husband and son.

Thank you Lisa. The information you provided to me and my family on elder care was a tremendous help as we made important decisions about the care of our mother.